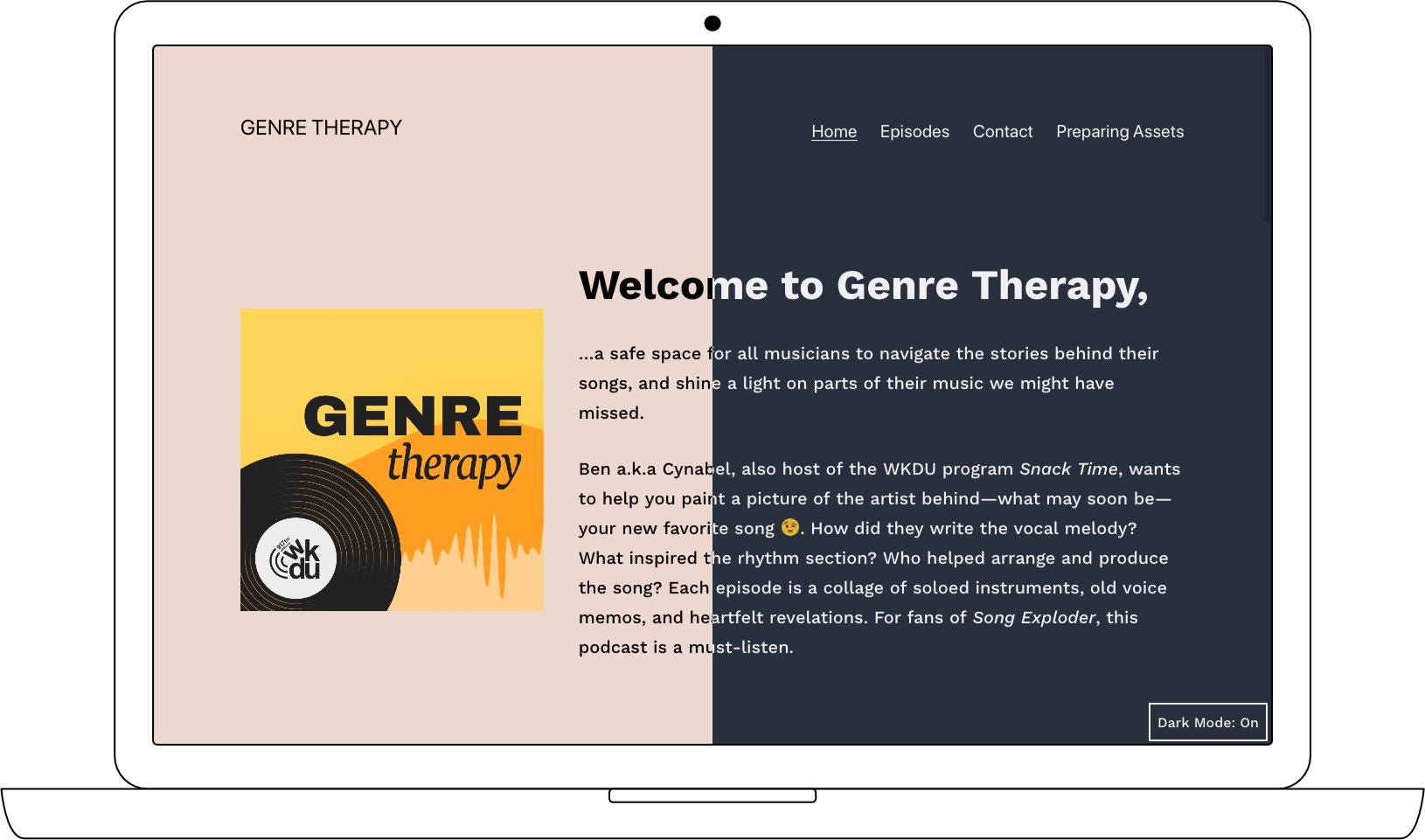 Interviewing people was one of my favorite parts about running my previous radio show on WKDU. I would call up independent artists all around the world and, using a semi-regular format, ask about their process and influence, etc. However, after a while I noticed that no one really wanted to listen to 40-50 minute interviews, so I looked for a more vibrant format.

I’m a big fan of the Song Exploder format, where listeners get to hear isolated tracks from the final song, and artists talk a bit about their process. Last autumn, I was feeling like Song Exploder wasn’t delivering enough episodes weird songs by indie musicians, so I found a niche to fill.

I spent most of my 2020-2021 winter break scheduling, recording, and editing episodes for season one. I also setup the website and RSS feed. A week before each episode aired, I would listen back, record voiceover, finalize the mix, then create the social media poster. Episodes of Genre Therapy broadcast fortnightly on WKDU and are distributed to podcast platforms the next day.

As with most of my other projects, I purchased the domain and setup SSL using Certbot’s CLI on a Digital Ocean droplet. Since I get a decent amount of human and bot traffic on the site, I put the site on its own droplet. If it ever crashes, my portfolio and other side projects will still be accessible. I opted for Wordpress due to the speed of setup and content creation, then modified the default theme a bit. Trying to develop a child theme has been way more trouble than it’s worth, so in the future I might develop a theme from scratch.

I considered a few different 3rd party podcast distributors, but none of them offered the customization or media hosting that I was looking for at a reasonable price point. The exception was Anchor, which is quite comprehensive and completely free, but I refuse to use it on principle of the service being owned and operated by Spotify. Eventually I resolved to do the whole process manually. 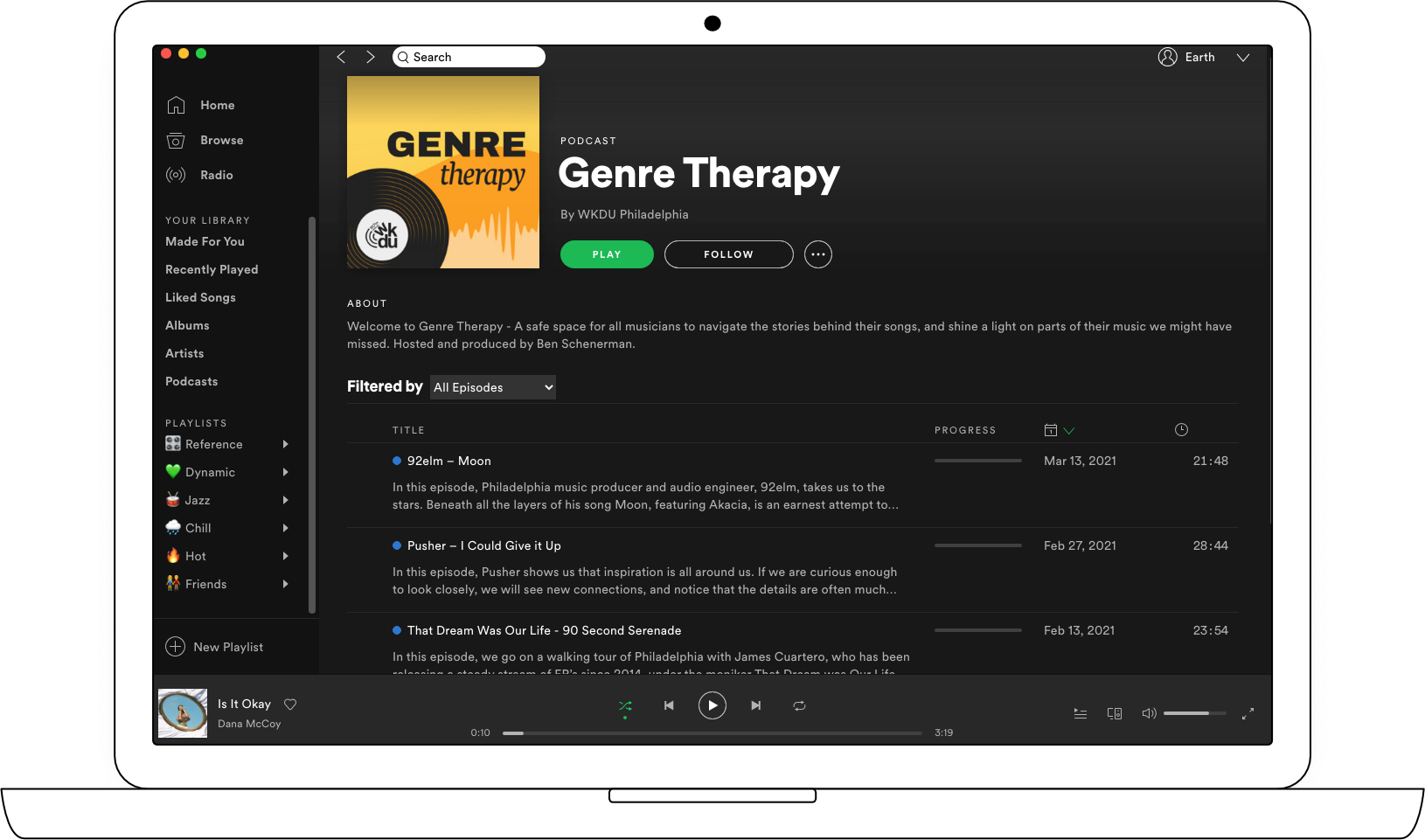 Since I had already setup an object storage subscription for the Harry Potter Audiobook Player, it didn’t cost me any more to use that to host audio for this podcast. It’s not as annoying as I thought it would be to maintain, but there's a huge margin for error if I don't triple check my XML before updating the feed. Another difference is I don’t get download stats for episodes. Based on my experience releasing music and anxiously watching stats, that’s probably for the best.